To review, Daniel, Peyton, and I had just left Portland after visiting my friend Richard and getting a taste for some local food. Our next stop: Seattle. We only had one night in the city and nothing planned. Thirty minutes of scouting google maps resulted in a stop at Swan Creek Park for some spontaneous mountain biking. These trails were the best built on the trip—flowy, fast, and downhill. It was bound to happen to one of us, but I never expected to look up from a GoPro to see Daniel get too forward on his bike at the bottom of a slope and then launch into a flip over his handlebars, body and bicycle at once flying through the air and then bouncing across the packed dirt. He was shook up but fine. We rode back to the truck after another couple laps and locked targets on Fremont. 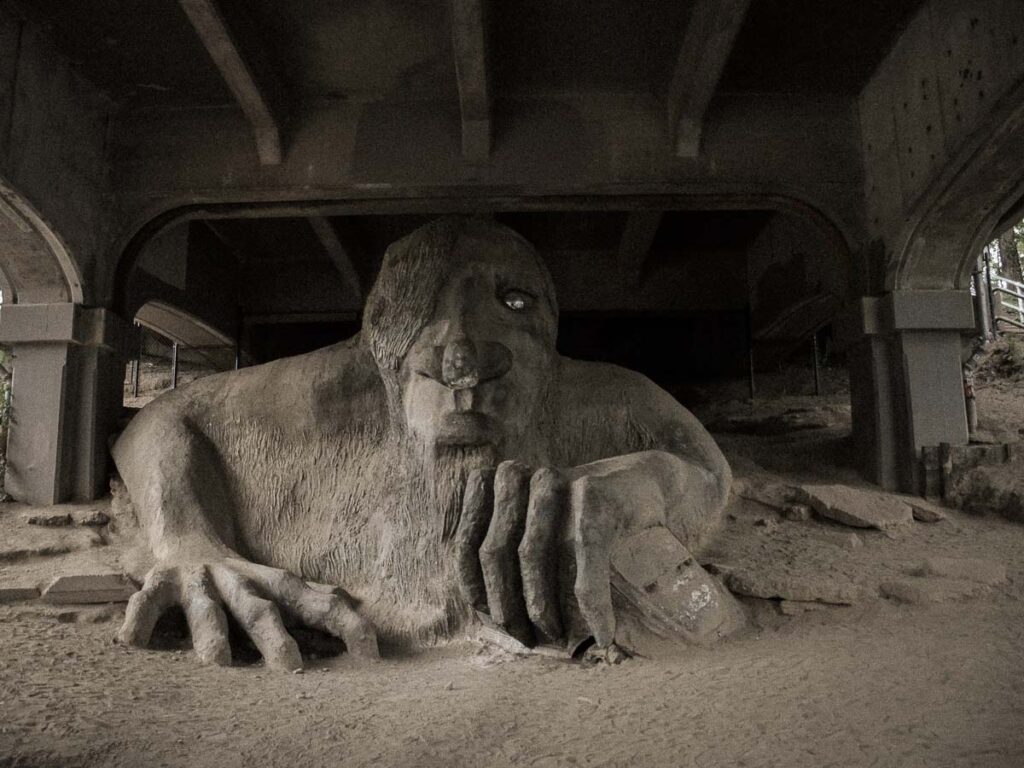 Sammy was one of the coolest dudes we met on the trip. A tall guy in his mid-twenties, tan with dark hair, Sammy taught acting at a local school in Seattle. He also acted on Disney cruise ships for months at a time. Back up two days now: the guys and I are sitting around a campfire in Oregon trying to decide where to stay in Seattle. None of my Couchsurfing requests had been accepted, and we were leaning towards booking a cheap hotel outside the city. Then, while looking through hotels and hostels on my phone, I received the notification. Sammy last minute agreed to host us two days before our arrival. 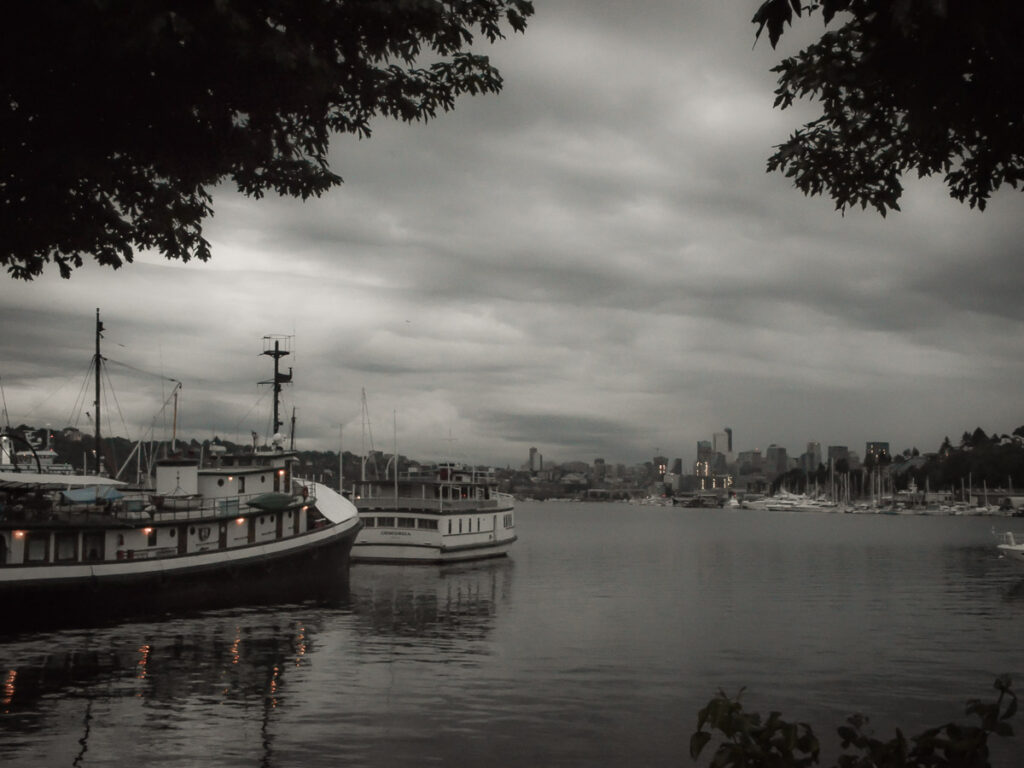 Now fast forward again. We just left Swan Creek Park and became stuck in miserable Seattle traffic at about 4:30 pm. Sammy texted me along the lines of, “Hey do you guys like salmon.” I, of course, said we did. Sammy said something like, “Great! I’m cooking dinner so don’t eat before you get here.” Anticipation and hunger made 20 mph traffic seem like standstill, and so what felt like 4 hours later we pulled onto Sammy‘s street where he met us all with a smile and a hug. He pointed out our parking spot and then showed us inside where Kenai, his new-ish and excitable pup, greeted us happily. Then, we all dug into the best meal we had on the entire trip. Sammy made and had waiting seared salmon on a rice pilaf with sautéed veggies and peppers drizzled in a homemade hollandaise sauce. He apparently was a huge fan of Food Network, and by default, so were we. 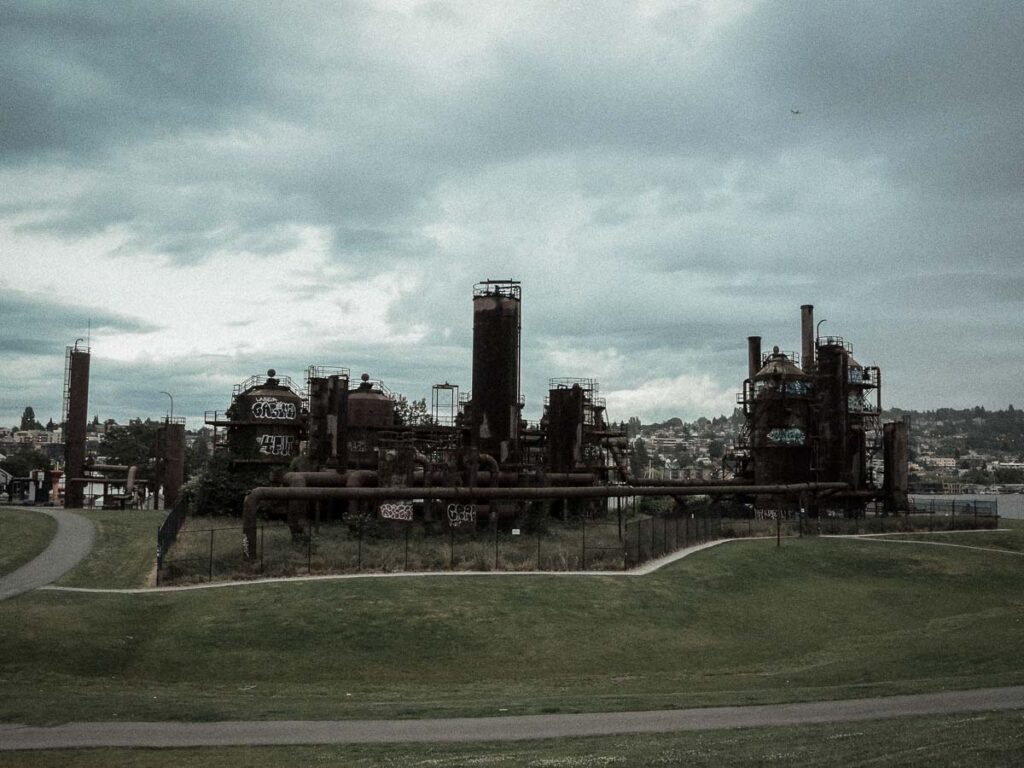 Still trying to understand how the food was so delicious, we set off to see Fremont on foot, led by our host. Sammy took us around Gas Works Park (formerly the Seattle Gas Light Company gasification plant), under the bridge with the Fremont Troll, and past the Lenin statue. We ended that night at a barcade (Bar/Arcade) called Add a Ball that housed a ton of vintage games. The low-lit, grungy atmosphere seemed to draw a crowd of nerds and bedraggled misfits who blended perfectly with the surroundings. They seemed at home and welcomed us, too, into their humble abode. 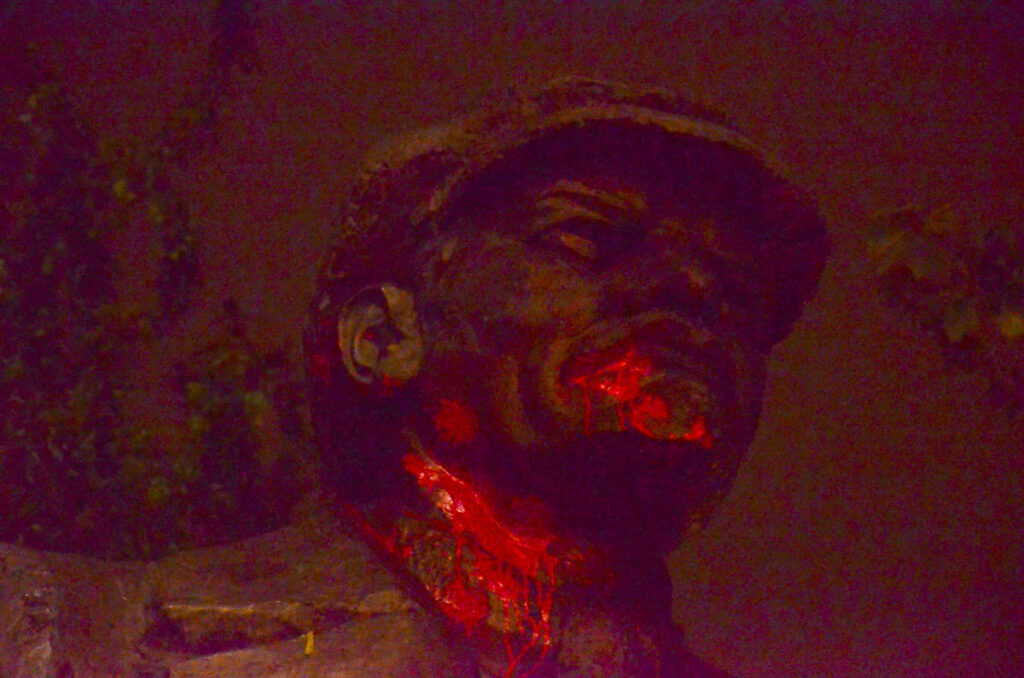 I’ve said it before, but I believe everyone should at some point try Couchsurfing, at least once. It’s an amazing way to experience a city because it’s just like visiting your friend who has lived there long enough to become a local. They know where to go, when to go there, and what’s worth doing. My two hosts have been extremely kind, welcoming, and accommodating. But “host” isn’t a great word for them because after fifteen minutes we’re all friends. You can chat about absolutely nothing, swap travel stories, learn about each other’s background, engage in deep and meaningful conversations, or just hangout rather quietly. No matter what, you will leave with a new friend and a new perspective. 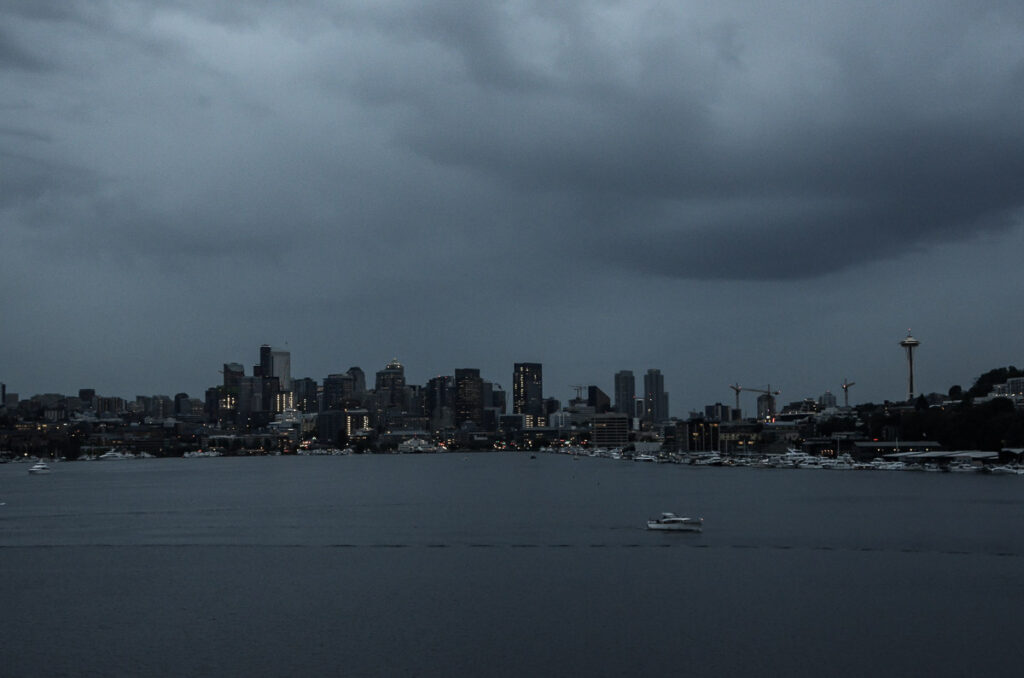 The next morning Sammy cooked for everyone again: fluffy pancakes, crispy bacon, squared potatoes. Again, amazing food. We drove to REI, the one where it all began, to pick up some last minute supplies. Wanting a quick lunch and apparently missing the south, we settled on picking up Popeye’s chicken, which we ate in a funeral home parking lot. Yes, a funeral home parking lot. Next to a cemetery. The Cemetery where sits the Jimi Hendrix memorial. Stuffed with fried chicken, we walked over and paid our respects to the legend. Then, slightly anxious but thoroughly overjoyed, we prepared for our flight. The vast wilds of Denali awaited. 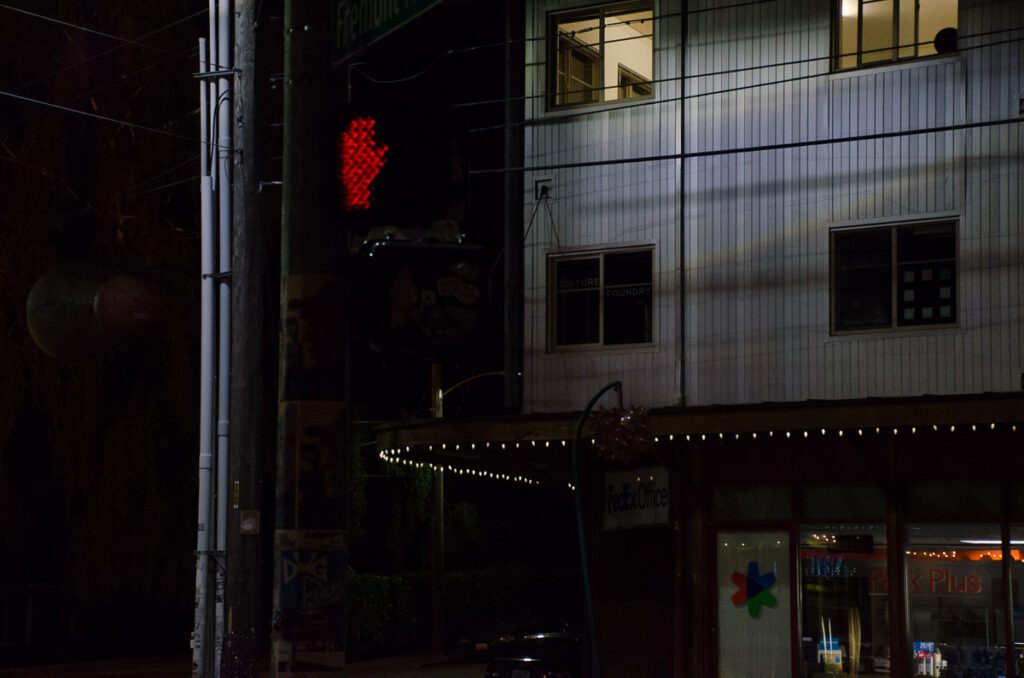